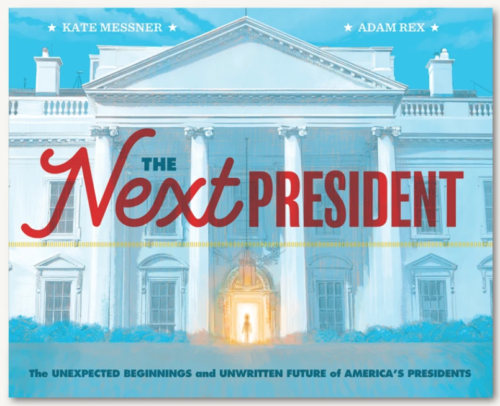 An inspiring and informative book for kids about the past and future of America’s presidents.

Who will be the NEXT president? Could it be you? When George Washington became the first president of the United States, there were nine future presidents already alive in America, doing things like practicing law or studying medicine.

When JFK became the thirty-fifth president, there were 10 future presidents already alive in America, doing things like hosting TV shows and learning the saxophone.

And right now—today!—there are at least 10 future presidents alive in America. They could be playing basketball, like Barack Obama, or helping in the garden, like Dwight D. Eisenhower. They could be solving math problems or reading books. They could be making art—or already making change.

• A breezy, kid-friendly survey of American history and American presidents
• Great for teachers, librarians, and other educators
• Kate Messner’s nonfiction picture books have been lauded by critics and received a variety of awards.

For young readers and students who loved The New Big Book of Presidents, Lincoln and Kennedy: A Pair to Compare, and Kid Presidents: True Tales of Childhood from America’s Presidents.

A helpful addition to curriculums of 5th- to 8th-grade students studying U.S. History and civics and the federal government.

From award-winning author Kate Messner and New York Times bestselling artist Adam Rex comes a timely and compelling compendium about the U.S. presidents—before they were presidents.