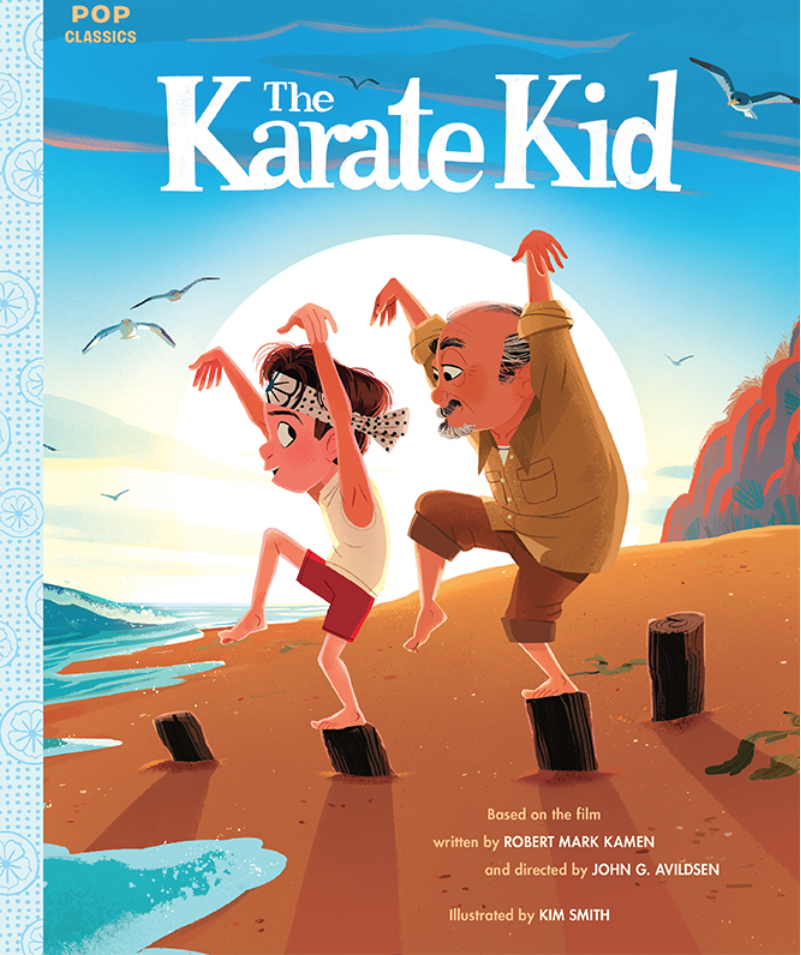 The classic movie about a boy and his karate teacher is now an adorable picture book for the whole family!

When The Karate Kid appeared in theaters in 1984, its heartwarming story of an unlikely friendship between a bullied boy and the Japanese maintenance man in his new apartment building became an instant classic. Now the beloved film is reimagined as a cute and colorful picture book, with charming illustrations by Kim Smith. When young Daniel is targeted by students from the Cobra Kai dojo, his neighbor Mr. Miyagi agrees to train him for the upcoming karate tournament. But why is Mr. Miyagi making Daniel wax his cars, sand his deck, and paint his house? Will Daniel ever master the art of karate? This timeless story of overcoming the odds will delight kids, their parents, and anyone who has ever had that one special teacher.

John G. Avildsen was an acclaimed director who directed the first three Karate Kid films. He won an Academy Award for his work on Rocky in 1977.

Kim Smith is an illustrator from Calgary, Alberta. She has illustrated several children’s books including Over the River & Through the Wood: A Holiday Adventure (Sterling, 2015) Home Alone: The Classic Illustrated Storybook(Quirk Books, 2015). Her recent books include The X-Files: Earth Children are Weird (Quirk Books, 2017), The Great Puppy Invasion (Houghton Mifflin Harcourt, 2017) and E.T. the Extra-Terrestrial: The Classic Illustrated Storybook (Quirk Books, 2017). Kim lives in Calgary with her dog, Whisky, and husband, Eric. Visit Kim online at kimillustration.com.

Robert Mark Kamen is a screenwriter and producer. He has written many films, including the first three films in the Karate Kid franchise.