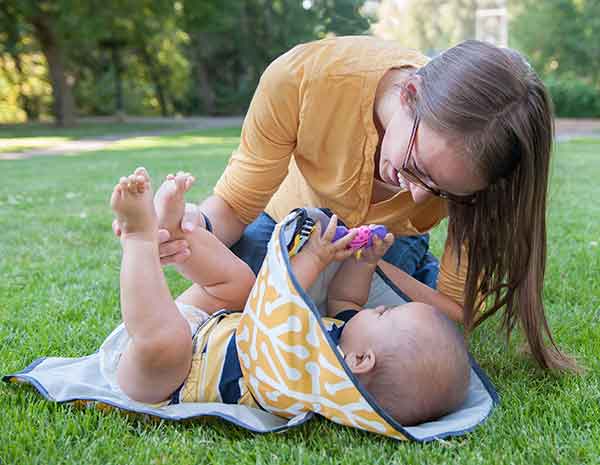 Parents of five children, Amy, and Michael Perry had a problem. Their 8-month-old son was so curious about the world around him that the squirming, reaching, and grabbing made diapering so difficult it required two people.

The active family sought a portable solution to make diaper-time easier. They wanted something less restraining than changing table covers and diapering pillows on the market. With the help of grandma’s sewing skills, they created a few prototypes and eventually developed the Clean Hands Changing Pad.

The portable changing pad features a thin foam-filled section that folds up and around the child’s upper torso and hangs toys to gently keep the child’s hands entertained. 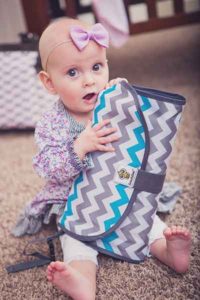 SnoofyBee’s product is a patented 3-in-1 changing pad and the first of its kind. It is a changing pad, a redirection barrier, and a diaper clutch—all in one.

It can be taken everywhere for stress-free diaper changes. It also lays completely flat for a more traditional changing surface and then easily folds into a portable clutch. It is available in 13 colorways/patterns,